What is Medical Liquid Oxygen?

To make medical liquid oxygen, the gas form of oxygen must be cooled to at least -297 degrees Fahrenheit or -183 degrees centigrade. At this low temperature, oxygen remains in a liquid form. In its liquid state, oxygen takes up less space and can be stored at much lower pressures than when in a gaseous state. This means more oxygen can be carried in a portable liquid unit, and the portable container is much lighter in weight and smaller in size than an oxygen gas cylinder. As the temperature for liquid oxygen rises, oxygen gas is produced and used for medical therapy. One liter of liquid oxygen offers approximately 860 liters of gaseous oxygen. A small amount of liquid oxygen may supply an oxygen therapy patient with a full day of service away from home. Medical liquid oxygen is stored under low pressure and is, therefore, safer than oxygen cylinders which are under high pressure.

Liquid oxygen has recently moved from hospital settings to use in homes. More recently, liquid oxygen has become available in lightweight portable units that can be used almost anywhere. These recent changes have allowed more people to use liquid oxygen as their primary source of oxygen therapy.

What is Liquid Oxygen Therapy?

Liquid oxygen therapy is the medical process of providing additional oxygen to a patient who can not get enough oxygen on their own. Conditions such as asthma, cystic fibrosis, dysphasia, COPD, heart failure, lung disease, and pneumonia can be treated by liquid oxygen therapy. Doctors prescribing liquid oxygen usually do so for patients who live active lifestyles. The small size, low weight, and long duration of liquid oxygen support active patients better than most other oxygen alternatives.

There are two separate components to a liquid oxygen (LOX) system. Both components consist of insulated containers that are Thermos-like to maintain a low temperature. The first component is a stationary unit or liquid oxygen reservoir which stores a large volume of liquid oxygen.

The reservoir for liquid oxygen is basically a large insulated Thermos-like container. This reservoir tank is filled by an oxygen supplier once or twice a month. The reservoir system requires no electricity and has very few moving parts, requiring very little maintenance or repair. These three factors allow the reservoir tanks to be in operation for many years with little maintenance and few to no repairs. Typically a liquid oxygen reservoir weighs 90 to 170 pounds when filled. These reservoirs store 21 to 41 liters, or 49 to 110 pounds of liquid oxygen. This amount of liquid oxygen, when converted to gas form, becomes 16,750 to 37,916 liters of oxygen. At a flow rate of two liters per minute, 37,916 liters of oxygen would last 316 hours or 13 days.

The second component of a liquid oxygen system is the portable unit which can be refilled from the reservoir. The portable unit may be carried by the patient in a backpack or shoulder bag and is filled from the reservoir unit. The reservoir unit is filled every 1-3 weeks by a local medical liquid oxygen provider. Neither component requires electricity to operate. This added benefit is a significant advantage not shared by oxygen concentrators. Oxygen patients who live in areas of frequent electrical blackouts can fare much better with liquid oxygen instead of oxygen concentrators.

When at home, patients use the stationary unit as their source of oxygen. When away from home, the portable unit supplies patients with oxygen. Most portable units provide the option for continuous flow or pulse flow oxygen. Patients merely select the flow level they need for their given situation.

There is very little maintenance for liquid oxygen systems. The stationary reservoir tank should be placed on a level surface. Securing the tank to the wall would also be beneficial. If a drainage bottle is used for collecting excess condensation, it should be emptied and cleaned regularly. Cleaning the outside of the tank with a damp cloth should be done occasionally to remove dust. The reservoir tank should be refilled by a professional service provider. Refilling the portable unit should be accomplished in accordance with manufacturer instructions. Procedures for recovering from a freezing incident should also be handled in accordance with manufacturer instructions.

Doctors prescribe liquid oxygen for patients who are mobile and active outside their homes. The advantages of low weight, small size, continuous and pulse flow, and high concentration provide a strong argument for liquid oxygen therapy. Patient compliance and outcomes have been shown in medical studies to be improved over patients using other oxygen delivery systems.

As shown in the comparison above, LOX performs better in every category except one—size. Pulse flow portable oxygen concentrators are smaller in size (107 cubic inches) and weight (1 pound). LOX outperforms concentrators in oxygen output, duration, and noise. 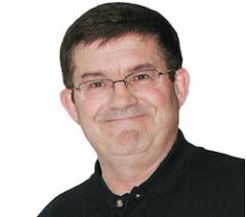