Save 10%  | Use Code: SAVE10 | Exclusions Apply
Navigation
Narrow Your Results 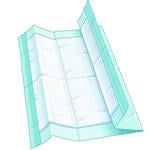 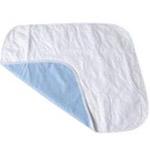 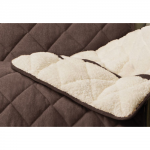 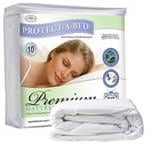 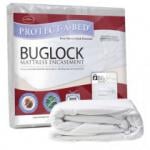 How to Choose an Incontinence Bed Pad?

Recyclability: A reusable underpad is an that can be washed and used several different times. Not only does this cut back on the amount you throw away, but it also saves you money in the long run. A few qualities to look for when choosing a reusable underpad include absorbency, materials and size.

Absorbency: The absorbency level of an underpad refers to the volume of liquid that an underpad can contain without leaking. A substance called "absorbing polymer" effectively pulls in moisture and liquid; the higher the amount of polymer in an underpad, the more liquid it will be able to effectively hold. Contrary to popular believe, however, larger underpads for beds do not always necessarily have a higher amount of polymer.

To find the most accurate underpad for your needs, it's critical that you understand the flow rate of liquid that will be landing on the reusable pad. A small animal might only produce a light volume and flow rate and may only need a light absorbency pad. On the other hand, however, a child who is potty training will have a much higher output of urine and a faster flow rate, thus requiring a more absorbent pad. An adult with incontinence issues will most likely produce the highest output of urine at the fastest flow rate and will most likely need a high-absorbent reusable pad. Although it might make sense to layer multiple pads, this is actually not a good idea; on the contrary, it would behoove you to find an incontinence bed pad with the correct absorbency rate for your needs.

Size: When choosing an underpad, it's essential that you choose an underpad that is the proper size for the amount of fluid output that you expect the underpad to absorb. We recommend having at least a six to 10 inch border outside the fluid range; this allows for changes in position while lying on the pad while simultaneously allowing for a broader range of mishaps when fluid leakage or absorption does miss the pad. If movement while sleeping or lying down is a concern for you, you might want to consider an underpad designed with flaps or choose to use a convenient underpad holder to keep the pad securely in place.