Do Penis Pumps Enlarge Your Penis?

Many men may want to enlarge the size of their penis, particularly if they have experienced some shrinkage.

Vitality Medical only sells FDA approved vacuum erection pumps, so they will effectively help 90% of men achieve an erection. However, you will not experience extreme growth or engorgement that may be promised by some novelty sites.

Impotence pumps are often suggested as part of a regimen for men returning to sexual activity after surgery, nerve damage and more.

Just like any muscle on the body, without use, the penis can get smaller. This is similar to what you would experience in a cold shower. However, unlike a cold shower, that size will not come back until the penis is exercised.

A healthy penis will achieve 3-5 erections during the night. This is not a conscious effort to get an erection, but the body’s natural way of exercising the organ.

These nocturnal erections will decrease as you get older, but there are other factors that may cause penis shrinkage as well. Some of these causes are high blood pressure, diabetes, low testosterone, inactivity, stress and cold water.

It is the same principle as when you exercise your arms. With exercise, over time, the bicep gets bigger, but maintaining an exercise regiment would not make them much bigger then before.

The penis works the same way. If it has been inactive and then you exercise it will grow. However, it wouldn't be much larger than a healthy penis, because when your penis was at its peak of health, it was exercising itself with these nocturnal erections.

Basically, if you have an active sex-life already, it would not change the size of your penis much. However, if you have been impotent for a long time then you would experience some growth.

These Penis Pumps are often used in conjunction with Viagra, Cialis, Levitra or Alprostadil shots. Herbal remedies and supplements are often no more effective than I placebo.

In some cases the body will return to normal functioning, but some men may need to continue to use these pumps whenever performing sexual activity. 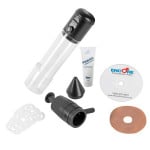 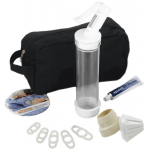