Why Your Body Needs Oxygen

Oxygen is all around us in the air that we breathe, and that is a good thing because we could not live without it. Oxygen is so important that it will lead to death if we are deprived of it for only a short time. Why do we need oxygen and how do our bodies acquire it? Let's take a look.

Oxygen fuels our cells and helps provide the basic building blocks that our bodies need to survive. Our cells combine oxygen with nitrogen and hydrogen to produce various proteins that build new cells. When oxygen is combined with carbon and hydrogen, you get carbohydrates that provide energy to our bodies that is necessary for us to do what we live. Oxygen is also necessary for constructing replacement cells for our bodies. Every day, about seven hundred billion cells in our bodies wear out and must be replaced. Without oxygen, our bodies cannot build these new cells.

Oxygen is also a particularly important part of our immune system. It is used to help kill bacteria, and it fuels the cells that make up our body's defenses against viruses and other invaders. Air that has passed through (UV air sanitizers) is particularly good for our body's immune system, as it has been cleansed of bacteria and other agents before it enters our respiratory systems. This makes it easier for the body to access oxygen and keeps it from receiving a fresh influx of germs and particulate matter that comes into the body through contaminated air that has not been sanitized.

Finally, it is important to note that the human eye is in particular need of oxygen to function well. However, the eye receives oxygen in a manner that is unique from the rest of the body. Few blood vessels travel to the eye, so our eyes absorb much of the oxygen they need directly through the cornea. The cornea is built in such a way to diffuse oxygen directly into the body from the air. If the air has traveled through (air purifiers) first, it can enter the eye without causing irritation.

As air enters the nose and mouth, it is cleansed from impurities such as dust. Tiny hairs in the nose known as cilia act almost like a brush to catch dust particles and other such things before the air can get into the lungs. Anything that gets past the cilia is trapped in the mucus that lines the trachea and the bronchial tubes that take air from the trachea into the lungs. The human body is well-equipped to trap these particles, but the body works best when air is relatively pure before it is inhaled. That is why many people use (air purifiers) at work and home. These purifiers remove particulate matter such as dust and smoke from the air, making it easier for the respiratory system to do its job. (Room ionizers) work in a similar fashion to remove this matter from the air. Essentially, they attract the stuff we do and should not inhale, pulling it out of the air and attaching it to a filter that can later be cleaned.

Once air enters the lungs through the trachea and bronchial tubes, it is directed to tiny sacs called alveoli. There are more than six hundred million alveoli in an adult's lung, and in these alveoli, oxygen passes from the air into the bloodstream. Tiny capillaries surround each sac, and the air passes over a membrane between the capillaries and the sac. In the process of respiration, carbon dioxide passes from the bloodstream into the alveoli, and it is eventually directed out of the human body through the bronchial tubes to the trachea to the nose and mouth where this air is exhaled. The human circulatory system then takes the oxygen throughout the body and brings carbon dioxide back to the lungs. The entire process is repeated with every breath that human beings take.

Air purification tools such as (room ionizers) help clean the air we breathe before it enters our bodies. But whether or not this air is scrubbed clean by ionizers or (UV air sanitizers), we still need the oxygen from the air to survive. It performs many vital functions in our bodies, so it is important that we get a lot of fresh air every day. 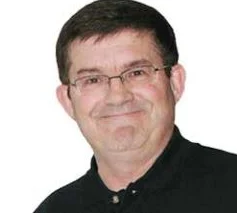