Who Uses This Product? Individuals who want to improve or maintain their lung capacity, especially those with respiratory conditions like asthma, chronic obstructive pulmonary disease (COPD), cystic fibrosis, and more. It is also a mucus clearance and removal instrument.

Why They Love This Product: The Airphysio Device is an easy and drug-free way to increase lung capacity by removing mucus buildup in the lungs. It doesn't involve any drugs or chemicals and requires no prescription to use. AirPhysio Oscillating Positive Expiratory Pressure Device can be used by people of all levels of fitness and lung capacity.

The Airphysio Natural Breathing Lung Expansion & Mucus Removal Tool is a device that helps clear mucus from the lungs and increases lung capacity. Clean lungs and an increased capacity can make breathing easier. The AirPhysio Natural Lung Expansion device uses oscillating positive expiratory pressure (OPEP) that is completely free of drugs and other chemicals. The AirPhysio relies only on the body's natural ability. The device is available in multiple levels to accommodate almost every level of fitness or lung capacity. 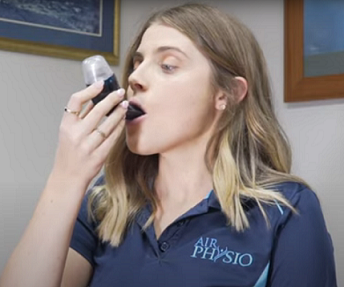 One medical study comparing the use of the Airphysio Device for mucus clearance and removal with flutter valve devices found that the Airphysio performed similarly across a range of flow rates and tilt angles for mena PEP, peak PEP, amplitude PEP, and oscillation frequency.1 In another clinical study involving, the use of a device that offers respiratory muscle training (RMT) drew the following conclusions about the effect of pulmonary rehabilitation including RMT in elderly people recovering from COVID-19.

They found that people who received 6 weeks of pulmonary rehabilitation after a COVID-19 infection had better lung function and exercise capacity than those who did not. Rehabilitation and RMT also improved quality of life and reduced the levels of anxiety, which underlines how important full breathing function is for emotional health and wellbeing.2

The AirPhysio Lung Expander is entirely free of drugs or chemicals. Instead, it works with the body's natural ability to clear mucus from the lungs. Using it does not require any other equipment or tools. It is as simple as breathing into the device for approximately 10 minutes, two to three times per day. The AirPhysio Device creates pressure that opens the lungs to get behind the mucus. Once the mucus is loose, it can be coughed out or swallowed. Using the device regularly can maximize lung capacity and prevent atelectasis. The difference before and after use can be felt almost immediately.

How Does It Work?

Mucus can build up in the lungs over time. Asthma, COPD, bronchiectasis, and even illnesses such as colds or pneumonia can increase the buildup of mucus. The mucus coats the interior of the lungs and increases how hard the lungs have to work to get oxygen to the rest of the body. Upon exhalation, the AirPhysio Natural Breathing Lung Expansion device creates positive pressure that assists with strengthening the lungs and expanding them. As the breath moves the steel ball bearing, the ball lifts above the cone, breaking the seal between it and the cone. The movement of the steel ball-bearing creates oscillating pressure that vibrates the airways and loosens mucus built upon the airway walls. 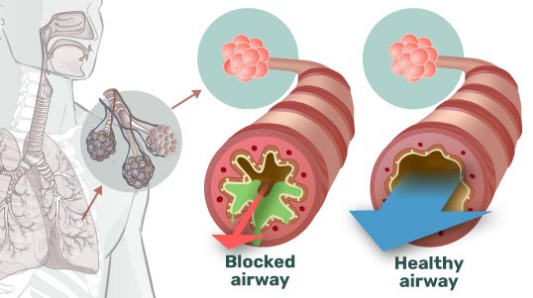 What Comes in the Box?

How often should the Air Physio breathing device be used?
Once or twice a day when symptoms show or as needed. Each session should be approximately 10 minutes.

What happens to the mucus?
During use, the AirPhysio OPEP device loosens the mucus, which makes its way up the airway and to the throat. It can be coughed out or swallowed.

Who would benefit from using the AirPhysio Natural Lung Expansion & Mucus Clearance Device?
Those with asthma, atelectasis, bronchiectasis, COPDs such as chronic bronchitis and emphysema, and cystic fibrosis. Smokers, vapers, swimmers, divers, athletes, singers, and musicians may also find that the AirPhysio Device helps with increasing their lung capacity. Finally, those who have recently had a cold, sinus infection, pneumonia, or other temporary illness will also find the AirPhysio Device helpful.

Should the AirPhysio Natural Breathing device be cleaned?
Yes. Wash in water with mild soap or disinfectant solution. Rinse and allow the product to dry at room temperature.

Can AirPhysio be used for asthma with other medications, such as an inhaler or nebulizer?
Yes. It is recommended that the AirPhysio device be used after the medication to help increase the distribution and effectiveness.

What are the results of Airphysio reviews?
Many users indicate that Airphysio works after just the first try allowing you to start coughing up mucus, resulting in better breathing.

Is Airphysio FDA approved?
Yes, the device is a medical-grade product registered with the FDA as a mucus clearing and lung expansion device. 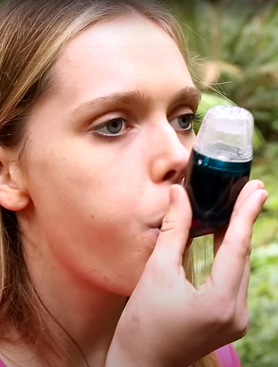 Related Products For Your Consideration

What To Expect From AirPhysio (2:34 minutes)

How To Clean AirPhysio with a Child Proof Latch (3:29 minutes)

How To Clean AirPhysio with a Twist Cap (2:46 minutes)

Reassembly of the AirPhysio Device (1:04 minutes)